THE colours have the somewhat muted hue of being worn down from repeated use, fingers of all ages pulling the boxes from the shelves to yank off the lids and see the maze of pieces and labyrinth of rules.

Almost every corner of Spielwiese1 has a game of some variation of design or language, catering to an international popularity of being the extreme version of the home closet containing a small pile of board games and entertainments.

The café, on Kopernikusstraße in Berlin’s eastern Friedrichshain district, has been open for eight years and survived the gaming community themselves taking bets against it, says owner Michael Schmitt.

He started in sociology in university, working for a government commission in Germany before deciding to raise his first daughter while his wife – a headhunter in the fashion industry – worked. And then he began the idea of the games shop, where you can book tables to play any game, buy new ones, or rent ones to play at home or other cafés. Business has been so good in the past two years that Spielwiese can barely accommodate the growing interest in the evenings and weekends.

“It was hard when I first opened eight years ago,” says Mr Schmitt, a dad of two whose daughters dart between the shop and home nearby. “Computer games became a little more popular but this doesn’t mean people didn’t play board games.

“The digital and analogue exist side by side. People wanted to come together physically.

“More than 60 per cent of people coming to the shop are non-German – there are some times when I’m the only one speaking German. Sometimes I think I’m more known outside German than in Berlin. I survived a lot of competitors.”

The King family, originally from San Francisco but visiting from Sweden, arrive on a quiet afternoon with their two boys pulling all manner of games they already know from the shelves, their parents insisting they put them back afterwards.

One points out Jenga in the window to his dad, Warren.

“We didn’t come all this way to play Jenga,” he says.

They settle down to learn a new game and Mr Schmitt, 44, says that despite the variety of options out there, Monopoly still outsells all other games in Germany combined.2 And many first-time visitors of Spielwiese go for Monopoly by the default of familiarity.

“I hate Monopoly,” says Mr Schmitt. “It happens quite often – they grab the game they know, but during the game, they decide to ask for suggestions of something else. People don’t have to play Monopoly – it’s 30 years since I played my last game of Monopoly. I have a mission to attract people to other games.

“My parents had the tradition that every Christmas there was a new game that the whole family played. We still do this. I’m lucky that my wife really enjoys playing.”

Mr Schmitt could expand and easily fill the space with people and games, but not at the price of the continually up-and-coming Friedrichshain. He said the rent for a café space has increased to seven times what he originally paid eight years ago.

A woman arrives and rents Mastermind.

“I really enjoy Catan, and I love co-operative games like Pandemic and minimalistic games with few materials,” he says, pulling out Love Letter, rated one of the best new games of 2012. “The rules are so easy but the game is so challenging – it’s really a gem. Most people are overwhelmed when they come in. It’s not necessary to play here – you can play in other cafes if we’re full.

“On the weekends, I would need a place double this size. We have to send away more people than we can accept.

“People who come here want to have fun.”

A 35mm film photography special on a Berlin board games shop and café. 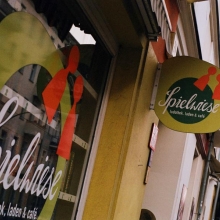 Spielwiese is a board game shop and café in Kopernikusstraße, Friedrichshain, Berlin, Germany. All images in this series are Creative Commons, Attribution-NonCommercial-NoDerivs 3.0 Unported. 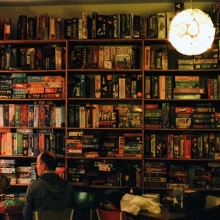 Spielwiese has been open for eight years. 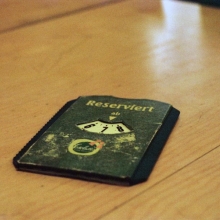 The tables are almost fully booked every evening and weekend for avid gamers. 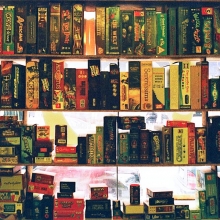 Games are in a variety of languages to suit a very international set of customers. 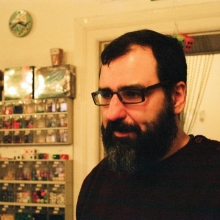 Shop owner Michael Schmitt said about 60 per cent of visitors are non-German. 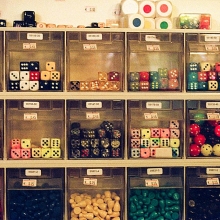 Though many games have small pieces, Mr Schmitt said those who rent games from him rarely lose them. 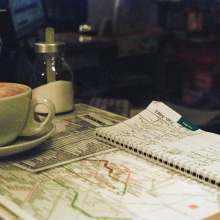 Coffee and other drinks and sweets add to the communal space for gamers. 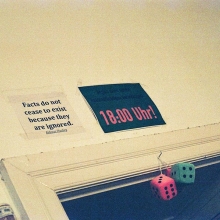 The fact is that Monopoly is the biggest selling game, though Mr Schmitt said he hates it. 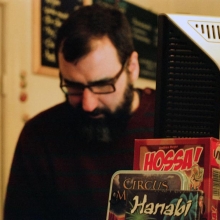 Mr Schmitt said it is his mission to introduce people to new games. 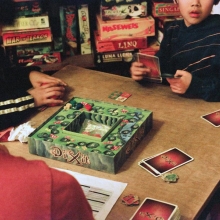 The King family try something different. "We didn't come here to play Jenga." 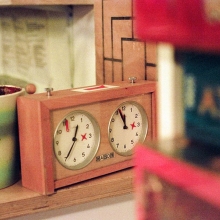 All variety of games are dotted around the shop, for rent, sale or to play there and then. 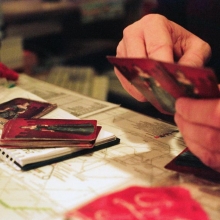 Love Letter is a particular recommendation from Mr Schmitt. 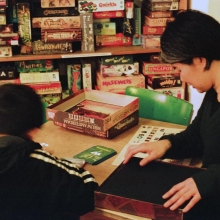 The King family visited Spielwiese on the recommendation of friends. Mr Schmitt said word of mouth keeps the shop going. 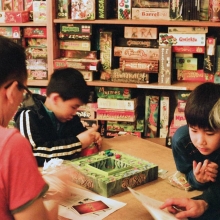 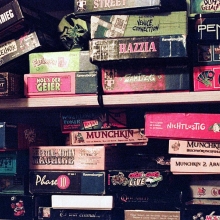 Correction: An earlier version of the story referred to Mr Schmitt’s wife as being a headhunter in the “business industry”.